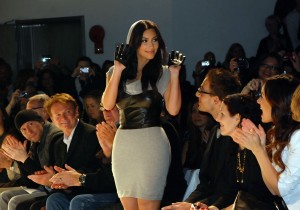 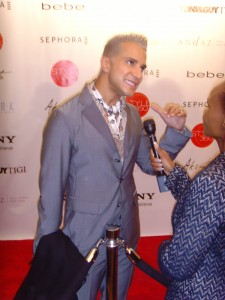 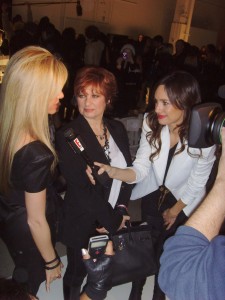 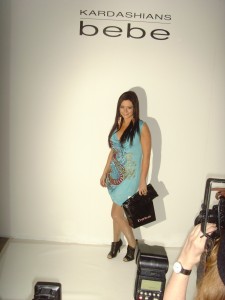 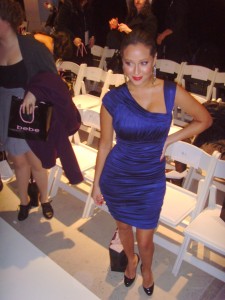 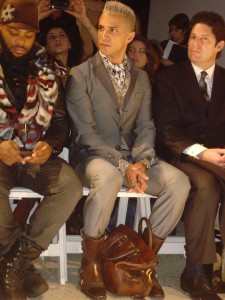 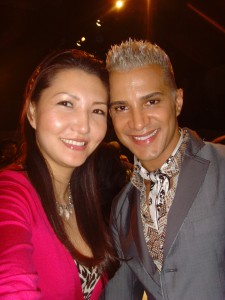 From the lack  of  attendance, it seemed the press wasn’t brave enough to scurry through the NY blizzard for Kim Kardashian’s Bebe fashion show.  Scary weather means lots of empty front row seats for me to “have” to fill!  Today, I sat opposite Jay Manuel from America’s Next Top Model and felt compelled to shoot him and his lovely Prada murse.

Here’s a video that features Jay getting interviewed (AND me and Susie sitting front row off to the right of the model’s entrance area!)

Below are some of the nicer  looks from the show.  Very Kim (i.e. short, tight-fitting, sexy and party – ready).  Perfect partnership.  Sitting across from Jay allowed me to capture both the fashions from a front-row view and Jay’s reactions to each and every look. 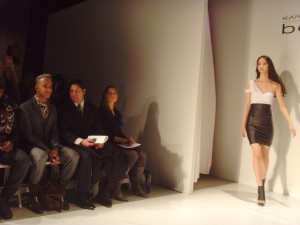 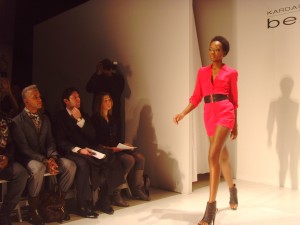 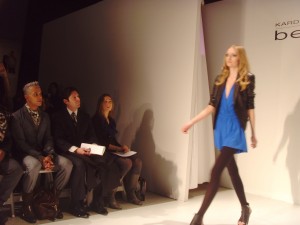 What do you think of the collection?  Would you wear it?