5 Fab Offers For You This Month

I am honored and privileged to get to work with brands I love through the blog and through my Instagram page.  Oftentimes, the brands will extend the offer and or special discount to my followers and readers.  So here, I’ve compiled 5 fab offers and discount codes that I know you’ll enjoy as much as I did!

As always, I only recommend and promote products and services I truly like – sponsored or not.  All opinions are 100% my own.  I’d love to know what you think of any of these services and products if you try them out! Please tag me if you post to Instagram @stylishlystella.  And note that these offers do not expire!  Feel free to pass on the discount codes to friends.  And enjoy!!

A Reminder to Protect Your Skin With Lubriderm 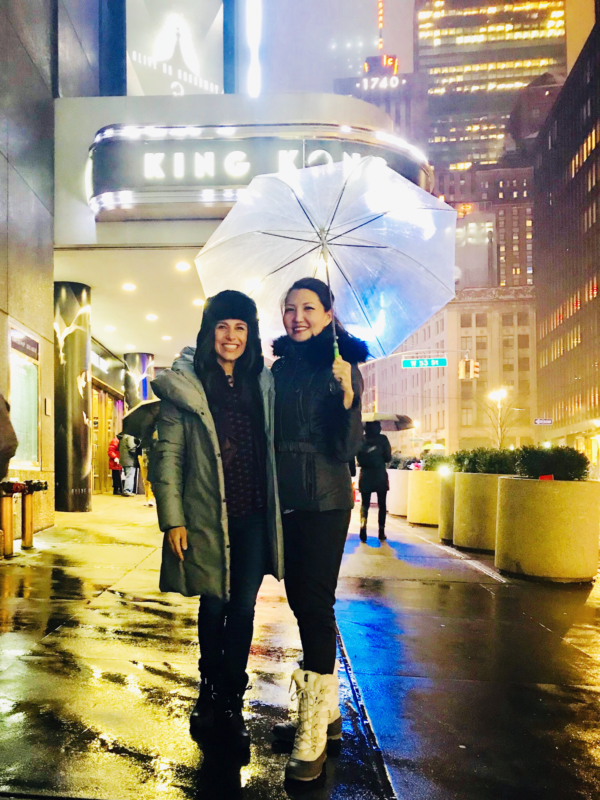 A Wild Night Out

These days as a mom, a wild night out might mean nothing more than dinner and a drink with a friend where we stay out past 10pm. Even that type of a crazy night out is an extremely rare occasion which is why when King Kong the Musical offered complimentary tickets to see their show, I hopped at the opportunity to make it a mom’s night out.  Cuz what could be wilder than seeing the re-make of this film featuring a beauty and a beast on Broadway (without kids)?  OK so I can think of a couple of things but this would have to do for now. 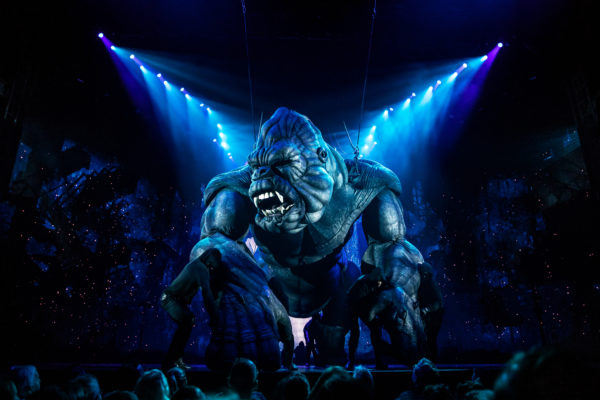 The Star Of The Show

What a treat it was to be at the Broadway Theater and witness Kong come alive on stage.  Despite being cast alongside Broadway talents such as lead actress, Christiani Pitts, King Kong truly was the star of the show.  At 20 feet tall, he towered over everyone too! I found myself with my mouth gaping down to the floor on more than one occasion.  That roar!  It was visceral and shockingly loud.  Kudos to the sound design team for so powerfully projecting his prowess! 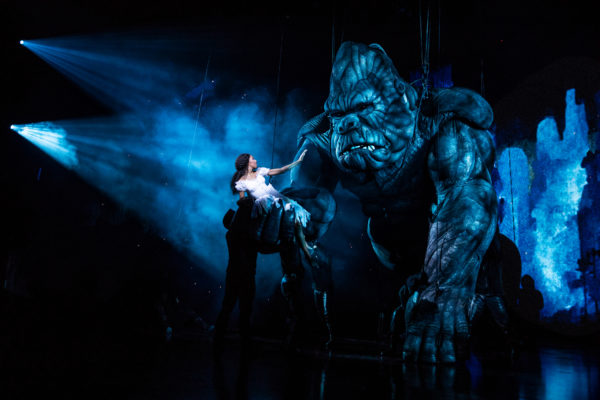 Some of the most creatively produced scenes involved Kong climbing the Empire State building, jumping in slow-mo and falling to his death. 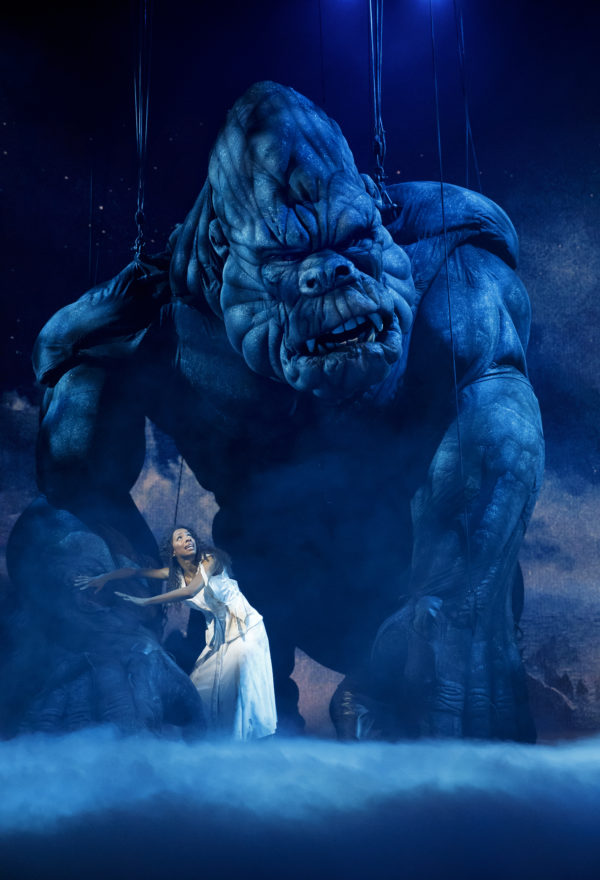 And I couldn’t get over his animatronic, yet life-like expressions!  He looked almost human-like.  You truly feel his pain when captured and depressed.

That massive marionette puppet was such a breathtaking spectacle that he more than made up for the lack of memorable score.  This may not be the kind of musical you’ll leave whistling or singing the songs to but it is one you will never forget! 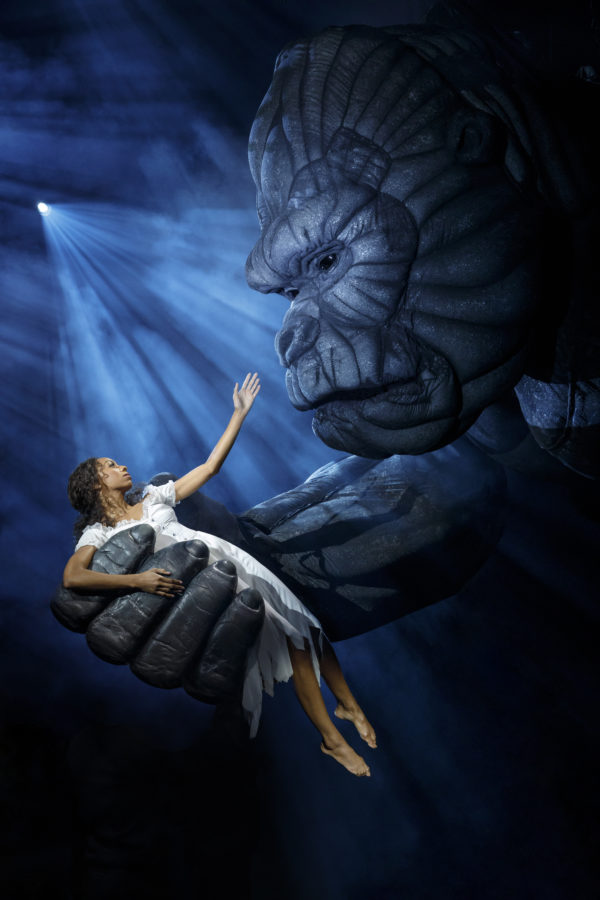 After the show, the invited bloggers were invited to stay to meet and greet some of the cast and puppeteers for an intimate Q&A session.  That’s where we learned that this show started in Australia before moving to NY (to launch last November).  They went through 3 renditions of this primate puppet (what a massive expense that was!)  And there was a mighty 12+ person team of aerialists/gymnast/dancer/actors controlling every coordinated Kong move including “voodoo operators” controlling his body and face movements via hydraulics.   Gavin Robins, credited as Kong’s movement director, is the show’s behind-the-scenes MVP.  Just moving Kong’s heavy steel arm up in the air, required such force, strength and agility!  The choreography involved with each step seemed mind-boggling and it was truly fascinating to hear their stories of how they trained for their unique job. 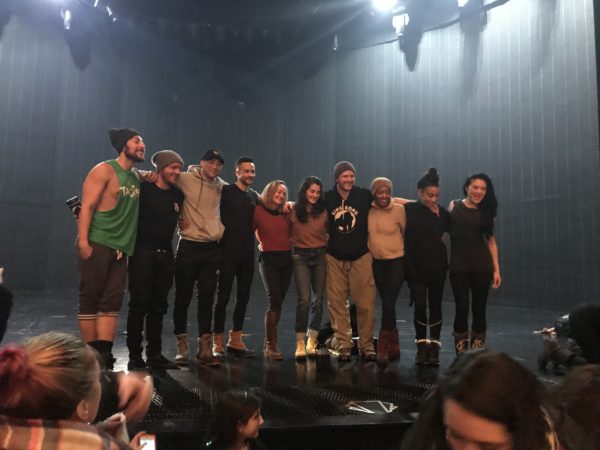 A HUGE thank you to the King Kong troupe for spending time with us to answer so many behind the scenes type questions, and to King Kong Broadway for inviting us and for making this all possible.

The show runs until September 2019.   And you can use this discount code KKPVM129 here for your own tickets!

Know Before You Go

I would not suggest this show for kids 5 and under.  Monstrous King Kong with its overbearing size, sound and beastly qualities may scare small children and even give the bigger kids nightmares.  Know your child and decide for yourself.

The theater does have seat risers for younger kids to see the stage better.

This post is made possible by support from King Kong Broadway. All opinions are my own.